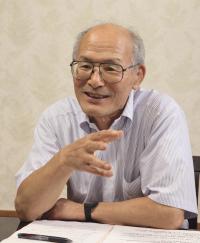 Prof. Nishioka’s Biography as of July 2020

1958–62 Bachelor of Engineering from the Department of Mechanical Engineering, University of Tokyo

1962–67 Doctor of Engineering in Control Theory, Systems Analysis from the Graduate School of Mathematics and Physics, University of Tokyo

1988-2007 Contributions to IPCC and dissemination IPCC output in Japan:

2008-09 Member, Committee on mid-term reduction target to be submitted to G7 2009 and UNFCCC-COP15, Cabinet Office

Outcomes: Research outputs were compiled into two special edition issues of the Journal “Environmental Research Quarterly” (No. 77 and 86), and were reflected in the planning of research funding. The main messages of the research output were presented at the UNCED (the Earth Summit) as one contribution from Japan.

④ Impact of IT oriented society led by Tokyo Univ.

⑤ Setting of the 2050 goal with the context of equity, feasibility and international contribution

Outcomes: Just before the Toyako G8 Summit in 2008, Prime Minister Fukuda declared that Japan will aim toward a low carbon society and cut emissions by 60-80% by 2050, based on the findings of this study. Then, Japan officially set its 80% long-term reduction target.

(Shuzo Nishioka was in charge of ③)

Outcomes: These model studies provided a volume of results to IPCC AR5 and for practical use, such as predicting that typhoons will become more in the Asian oceans. The number of typhoons is predicted to decrease, but is likely to make landfall more frequently. Such predictions have been contributing to the weather forecast in Japan in recent years.

Presentation at IAMC annal meeting in December 2021. The project is a part of IIASA-MOEJ collaborative project B, Bhutan component.

The unexpected Covid-19 pandemic, however, hit global society at the end of 2019, and Bhutan
is no exception. Covid-19 has significantly highlighted the social systematic vulnerabilities in a global
context. In... 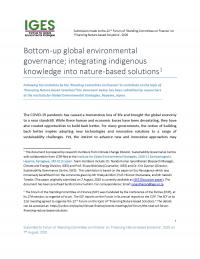 This submission, which includes a paper maintaining that indigenous knowledge and philosophical richness can help Asia transition to a more sustainable development paths, argues for a greater focus on looking back as countries move toward a post-pandemic future. More concretely, the paper outlines why and how countries in Asia should collaborate in... 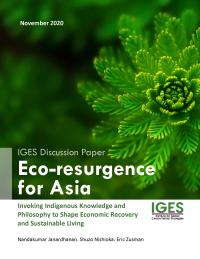 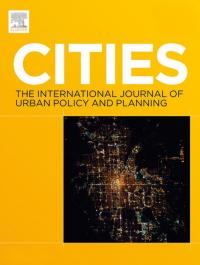 Bhutan is a rapidly growing economy currently undergoing swift and extensive rural-to-urban migration. Its commitment to carbon neutrality, as well as its unique Gross National Happiness (GNH) objectives, make Bhutan a fascinating laboratory for studying sustainable development strategies and how they can be specifically tailored to align with...