What is the GST?

The GST, covered in Article 14 of the Paris Agreement, is a process for taking stock of the implementation of the Paris Agreement and assessing collective progress towards achieving its goals. The outcomes of the GST will provide information to support the member parties in updating and strengthening their climate actions and enhancing international cooperation. Countries are encouraged to use the outcomes to update and strengthen the reduction targets they commit to in their Nationally Determined Contribution (NDCs).

The GST is designed to be completed two years before the NDC submission, and more specifically, at the beginning of each new cycle of NDCs. Hence, the first GST will be implemented over a period of approximately two years, from November 2021 (COP 26) to November 2023 (COP 28), to inform countries in preparing for the NDCs due in 2025. Because the Paris Agreement requests that each country develop and submit their NDCs every five years, the second GST will similarly be completed in 2028 and its results used for NDCs due in 2030. This schedule will allow countries sufficient time to consider the GST outcomes when developing their NDCs.

The Intergovernmental Panel on Climate Change (IPCC)’s Sixth Assessment Report (AR6), produced in August 2021, reported that global warming will exceed 1.5 and even 2 degrees Celsius unless carbon dioxide and other greenhouse gasses are significantly reduced over the next few decades1. Serious concerns were underlined at COP26 regarding the current NDC targets since when they are added together, greenhouse gas emissions in 2030 would still be 13.7% higher than in 20102.

COP26 emphasised the need for further enhanced action in a wide range of areas, including adaptation, finance and loss and damage, and climate change mitigation. The Glasgow Climate Pact requires Parties to submit “Adaptation Communication”, a report showing progress on adaptation measures in advance of COP27, to provide timely information to the GST. To implement an effective GST, it is necessary to identify the gap between national targets and actions and those required to achieve long-term goals and then inform Parties of ambitious and realistic measures to close that gap.

A: The GST is covered under Article 14 of the Paris Agreement, agreed upon in 2015. Article 14 states that the first implementation of the GST will take place in 2023, and every five years thereafter. Subsequently, specific implementation guidelines for the GST were agreed upon in 2018 at COP 24 in Katowice, Poland. The GST consists of three components, namely (1) information collection and preparation, (2) technical assessment, and (3) consideration of outputs. The implementation of these three components will take approximately two to two and a half years. Therefore, the first GST commenced in November 2021 (COP 26) and will continuously run until the (3) "consideration of outputs" to be implemented at COP 28 in 2023. Each component is explained in more detail in our “The process of GST” section.

A: Article 4 of the Paris Agreement requires each member of the Party to prepare, communicate and maintain the successive nationally determined contributions (NDCs) that it intends to achieve. Each country reports on its progress in implementation every two years in the Biennial Transparency Report (BTR). Developing BTRs is mandatory and articulated in Article 13 of the Agreement, the Enhanced Transparency Framework (ETF). The BTR, together with other reports, is used as a source of input for the GST.

The Paris Agreement is intended to promote ambitious action and support to achieve long-term goals by regularly reporting on country-specific NDCs (for target setting), the ETF ( for reporting on implementation) and the GST, which reviews progress globally. This mechanism is also referred to as the “Ratchet-up Mechanism” of the Paris Agreement3.

A: The Paris Agreement recognises each country’s common but differentiated responsibilities and respective capabilities to address climate change. NDCs are defined by each country on its own, taking full account of its particular circumstances. The GST, on the other hand, is based on the idea that climate change is a common challenge for the entire world, and assesses the collective progress towards achieving the goal. The GST does not focus on individual countries' efforts or criticise countries that are behind.

A: The GST facilitates the assessment of global collective progress in three thematic areas; mitigation, adaptation and means of implementation and support. Means of implementation and support include finance, technology transfer and capacity building (which refers to building and strengthening the capacity of organisations and people). In addition to these three thematic areas, “response measures” and “loss and damage” are also assessed, as appropriate.

A: Each country has their own capacities and areas of responsibility to address climate change. Creating policy mechanisms and providing support based on this premise is referred to as taking “equity” into account. The “best available science” is “the most reliable and up-to-date scientific information and knowledge at the GST assessment stage”. This includes not only academic peer-reviewed papers but also reports from international organisations, regional organisations and NGOs, indigenous knowledge, etc.

The process of GST

The GST has three components;

Experts (e.g. from the UN system or international organisations) and Parties consider all inputs, collected under the information collection and preparation phase from a scientific and technical perspective, taking into account equity and considering the best available science. Here the facilitators will assess progress towards achieving the collective goals of the Paris Agreement and identify opportunities for enhanced action and support.

The outputs of the GST will be discussed and addressed at high-level events so that implications of the findings of the Technical Assessment will inform the Parties so they update and enhance their actions in a nationally determined manner, and also strengthen international cooperation for climate action. Consideration of outputs would (1) identify opportunities and challenges for enhancing action and support, possible measures and good practices, and good practices on international cooperation, and (2) develop political messages to promote stronger action and enhance support. These outputs will then be adopted as a decision and/or declaration of an agreement at the Conference of the Parties serving as the meeting of the parties to the Paris Agreement (CMA) in 2023.

COP (Conference of Parties): The COP is the meeting of the parties and is responsible for decision-making related to the United Nations Framework Convention on Climate Change (UNFCCC). All States that are Parties to the Convention are represented at the COP.

A: Input is not limited to the Parties. Non-Party Stakeholders, including civil society, businesses, local governments, academia and NGOs, are also encouraged to make submissions when possible. By engaging commitment beyond the parties, they can complement gaps in the inputs and serve as effective vehicles of conversation for the dialogues. Non-Party stakeholders’ participation in the process could also trigger their own motivation to increase ambition and support climate action.

IGES submitted five joint submissions to the first GST of the Paris Agreement, together with the Japan Aerospace Exploration Agency (JAXA), and the Japan International Cooperation Agency (JICA), among others. 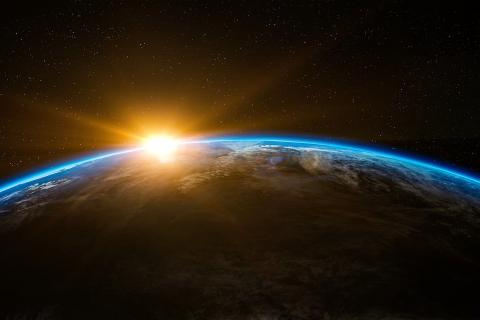 Joint Submissions to the Global Stocktake of the Paris Agreement (GST)