From 4 to 10 April 2022, IPBES convened, simultaneously, the third author meeting and the third meeting to advance the summary for policymakers (SPM) for the assessment of invasive alien species in Aarhus, Denmark in a hybrid setting. The venue was generously supported by the Department of Biology at Aarhus University.

In the IPBES Global Assessment Report, invasive alien species have been identified as one of the five main direct drivers of biodiversity loss at the global level. About 90 experts from more than 40 countries, carefully selected to encompass all regions and expertise, participated in assessing the current status and trends of invasive alien species and their impacts, as well as providing policy-relevant options to promote effective invasive alien species management and adaptation strategies.

During the seven-day hybrid meeting in April, the expert group discussed and addressed comments from the second external review, started developing final drafts of the chapters and the SPM, and agreed on responsibilities and a timeline of activities towards production of the report. Building on the meeting outputs, the expert group will further develop the final drafts of the chapters and the SPM in the coming months. The final drafts will be submitted at the 10th session of the IPBES Plenary for consideration by representatives from more than 130 member states.

The meeting was organized by the IPBES technical support unit for the assessment of invasive alien species, which is hosted by IGES at its Tokyo Sustainable Forum and supported by the Ministry of the Environment, Japan. 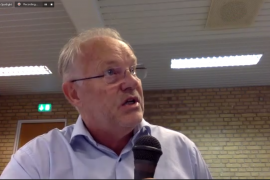 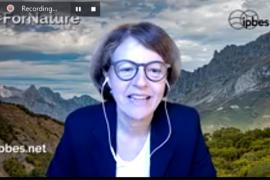 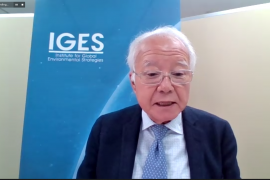