From 7 to 10 December, the Ministry of the Environment, Japan (MOEJ) and Institute for Global Environmental Strategies (IGES) organized the training program "Creating Sustainable, Zero-Carbon Societies through City-to-City Collaboration". This training has been held every year since 2016, with participants from overseas local governments invited to a host city in Japan, and the aim of further spreading the City-to-City Collaboration for Low-carbon Society. This year it was held online due to COVID-19, but despite this situation about 40 people from 10 local governments, private companies, and other organizations in Japan and overseas actively participated in the remote training.

On the first day, the organizer explained the de-carbonization movement taking place internationally and in Japan, and the mechanism of the City-to-City Collaboration. The participating local governments also introduced themselves and their low/zero-carbon visions. The thematic sessions on the three subsequent days were "Water and Sanitation Infrastructure with Low-Carbon Co-Benefit", "Resource Circulation and Sustainable Energy", and "Resilient and Low/Zero-Carbon Urban Planning". These topics were based on the priority issues identified through pre-interviews with local governments in participating Asian countries. In response, the Japanese presenters shared their efforts and technologies in a wide range of fields that results in mitigating carbon emissions as well as creating sustainable and resilient societies. A lively exchange of information as well as networking took place throughout the four days. 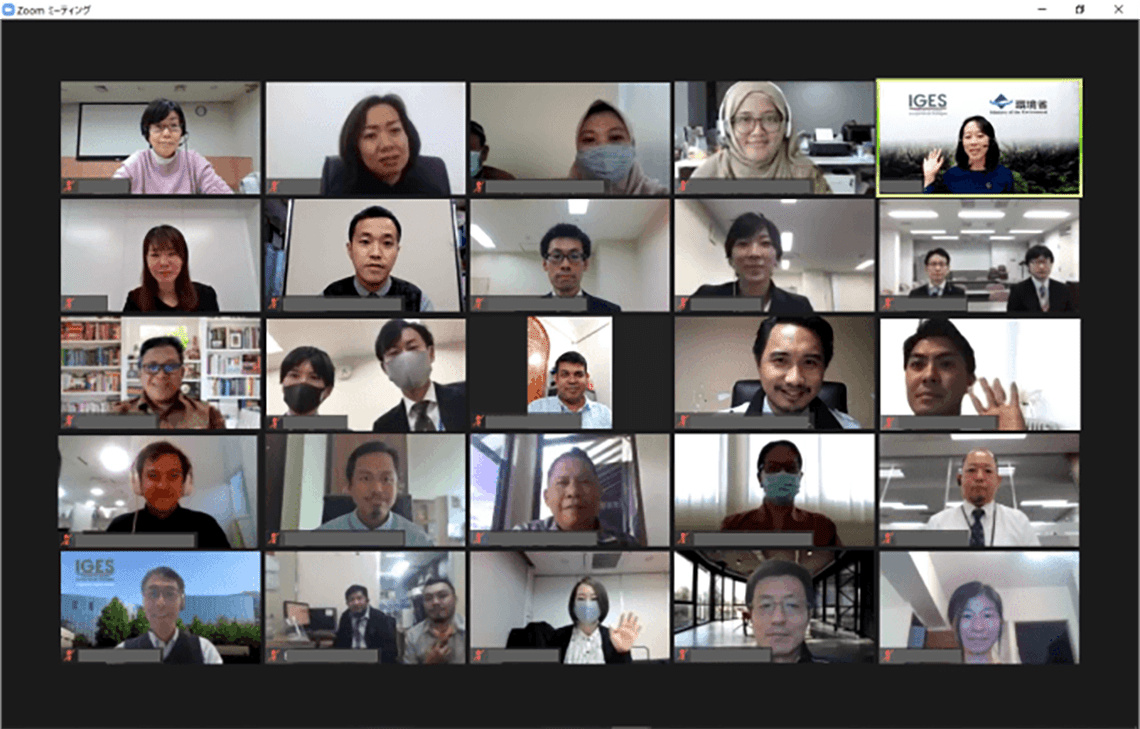