The Institute for Global Environmental Strategies (IGES) organised an official side event on 28 March 2019 titled “Promoting Enabling Environment for Inclusiveness by Localizing SDGs,” together with the Government of Japan (Ministry of the Environment and Cabinet Office), Government of Indonesia (Indonesian Ministry of National Development and Planning), Government of the Philippines (National Economic and Development Authority), and United Cities and Local Governments Asia-Pacific (UCLG-ASPAC).

With Junichi Fujino (Programme Director at IGES) as moderator, Japan, Indonesia, and Philippines shared their efforts on implementing SDGs at the local level, and the mayor of Naga, Philippines, the mayor of Banda Ache, Indonesia, and the deputy mayor of Kitakyushu, Japan, presented their model cases on localizing the SDGs. With these inputs, participants discussed how to improve inclusivity. Moreover, the President of IGES, Prof. Kazuhiko Takeuchi, presented the concept and cases of the “Circulating and Ecological Economy” as a key to localizing the SDGs, and which was also mentioned in the 5th Basic Environment Plan, adopted by the Cabinet of Japan.

At the end of the side event, Voluntary Local Reviews (VLRs) and its first online information hub in the world, the “VLR Lab” (https://www.iges.or.jp/en/press/20190325.html), were introduced by Yatsuka Kataoka, Joint Programme Director at IGES, as a way to assist sustainable development at the local level. It was launched during the side event with a signing ceremony for the Letter of Cooperation between Dr. Takeuchi, President of IGES, and Dr. Tjandradewi, Secretary-General of UCLG-ASPAC, as the first partner institute. 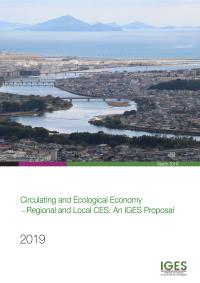