From 30 January to 1 February 2019, the training workshop “Climate Change Strategies for Local Governments: Low-Carbon City Planning Development and Implementation” was organised in the cities of Kitakyushu and Fukuoka in Japan as part of the project "City-to-city collaboration platform for creating a low-carbon society in Asia", funded by the Ministry of the Environment, Japan. 14 representatives from local governments in five cities (four countries) attended.

This training workshop in Japan has been held since 2017, focusing on environmental issues now commonly faced by many Asian cities. The workshop aimed not only to provide ideas and clues for solving discrete problems, but also paved the way for resolving long-term issues through the development of intercity cooperation between Japan and Asia. A similar training workshop was held in Kitakyushu City on the theme of waste management in January 2017, followed by a training workshop on low-carbon development in the cities of Osaka and Amagasaki in November of the same year.

Local governments must also promote low-carbon and sustainable urban development in order to achieve the objectives set out in the Paris Agreement and the Sustainable Development Goals (SDGs) adopted in 2015. To do so, they need to have an adequate understanding of what the Paris Agreement and SDGs mean to them, and formulate and implement plans that can lead to regional development, while also enacting measures to counter climate change. However, local governments in developing countries do not adequately formulate and implement plans based on this perspective. In contrast, local governments in Japan have been involved in formulating regional action plans and implementing a diverse set of measures to achieve the country’s obligation to reduce greenhouse gas emissions under the Kyoto Protocol. Today, measures are being taken to simultaneously solve local problems, including regional revitalisation, that will in essence also help to achieve the SDGs.

Therefore, the content of this workshop was designed to allow participants to systematically learn from local governments in Japan about forming plans and implementing tools in order to promote the development of low-carbon cities. The workshop also provided participating Asian cities with an opportunity to experience what the SDGs mean to them, by incorporating Imacocolabo’s 2030 SDGs Card Game into the programme, so that they could apply the knowledge learned, and develop and implement their own low-carbon development plans for the future. In order to enhance the learning process, the programme combined lectures, site visits, games and discussions. The effectiveness of the training programme was confirmed by listening to the various ideas and newly discovered insights of participants at the end of the three-day workshop.

Kind support was provided by Osaka City, Kyoto City and Hiroshima Prefecture for lectures, as well as Kitakyushu and Fukuoka as the host cities for the training workshop. 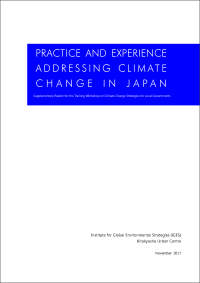 PRACTICE AND EXPERIENCE OF ADDRESSING CLIMATE CHANGE IN JAPAN: Supplementary Reader for the Training Workshop on Climate Change Strategies for Local Governments

Author:
Junko AKAGI
Cities contribute more than 70% of global greenhouse gas emissions; therefore, low-carbon city development needs to be enhanced for achieving the “2 degree Celsius target” of the Paris Agreement and the Sustainable Development Goals (SDGs). Appropriate policies and measures at both national and local levels need to be implemented for mobilizing...
Keywords:
Climate Change 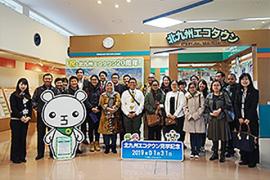 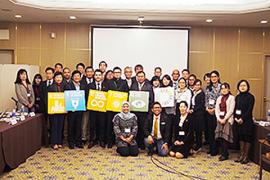 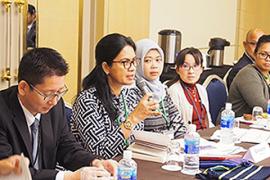 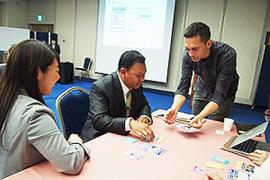 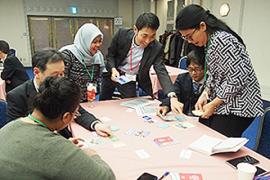 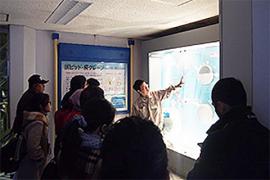 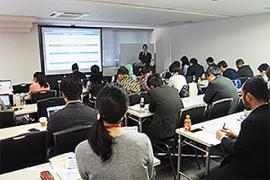 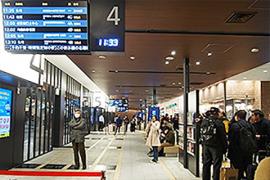 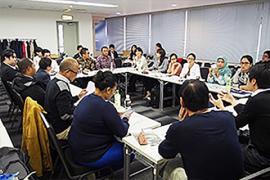 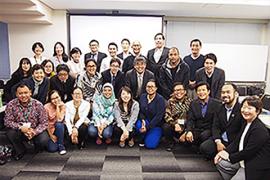